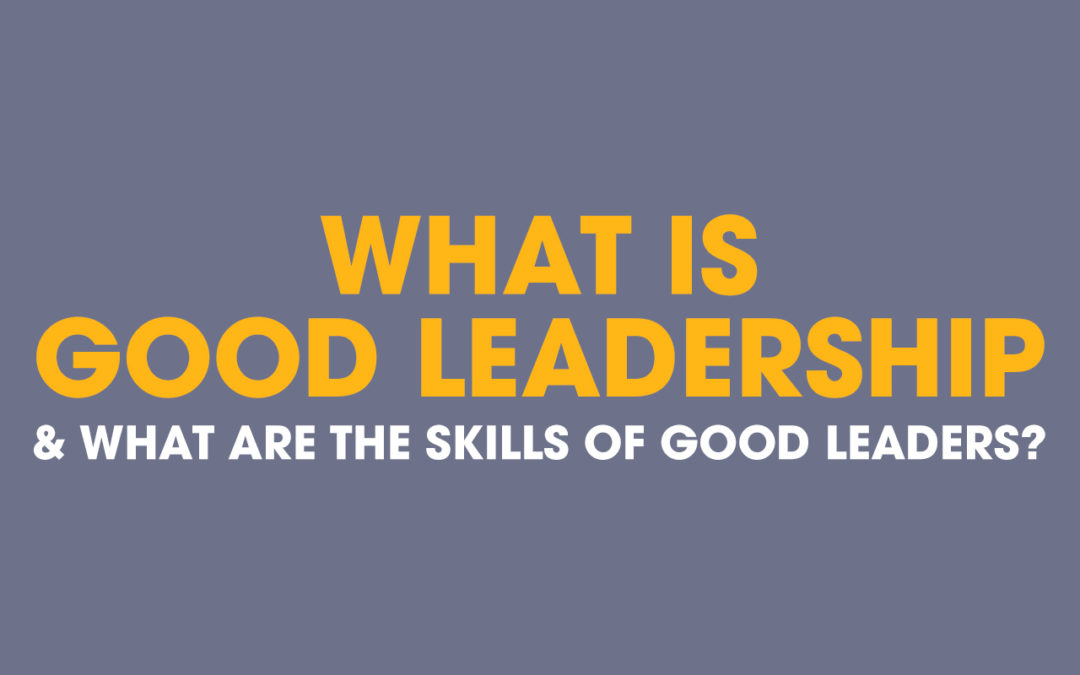 Good leadership is the action and purpose of a leader. It doesn’t have anything to do with titles, seniority, management or one’s position in an organization. True leaders come in many forms and historically have been found all over the world. Good leaders possess a set of skills and talent that allow them to motivate people to achieve goals and develop their careers to levels otherwise thought unattainable.

What Are Good Leadership Skills?

These are the qualities and skillset of all great leaders. Most of them can be learned but few must be instinctive to the individual. At the end of the day good leaders must lead by example, so they set the tone and the vision of the company for others to follow in their footsteps.